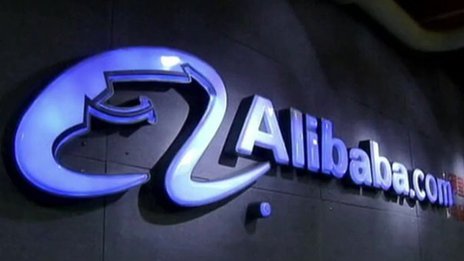 China's biggest e-commerce firm Alibaba Group Holding says it expects to price its initial public offering (IPO) at between $60 and $66 per a share.

It has filed to sell up to $24.3bn (£15bn) in stock, in what will be the biggest technology listing in the US.

Facebook's IPO, which raised $16bn in 2012, was the previous biggest share sale for an internet company.

Alibaba accounts for 80% of all online retail sales in China. Its sites also include Taobao, Tmall, and AliExpress.

"From the very beginning our founders have aspired to create a company founded by Chinese people but that belongs to the world," said executive chairman Jack Ma in the regulatory filing with the Securities and Exchange Commission.

Alibaba will decide on its final share price after an international roadshow set to start in the coming week.

Rising internet usage in China and a growing and affluent middle-class helped revenue in the June quarter grow by 46% year-on-year to $2.54bn.