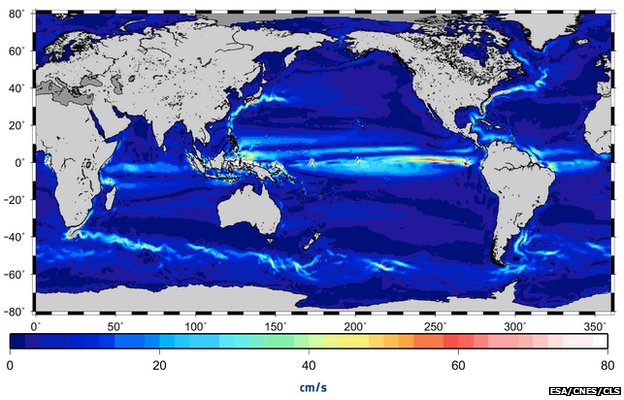 Scientists have produced what they say is the most accurate space view yet of global ocean currents and the speed at which they move.

The information has been drawn from a range of satellites, but in particular from the European Space Agency's Goce mission.

This platform, which operated from 2009 to 2013, made ultra-precise measurements of Earth's gravity.

It has detailed the role this force plays in driving ocean circulation.

The new model - presented at a Goce conference at the Unesco HQ in Paris, France - will be of fundamental importance to climate modellers, because it is the mass movement of water that helps to transport heat around the globe.

This pull varies ever so slightly from place to place because of the uneven distribution of mass inside the planet.

Scientists used these observations to construct what is called a "geoid", which essentially describes the "level surface" on an idealised world.

It is the shape the oceans would adopt if there were no winds, no currents and no tides to disturb them.

By comparing this geoid with measurements of sea-surface height made by other spacecraft, researchers can see where water has become piled up.

And it is water's desire always to "run downhill" that is a major feature underpinning the direction and speed of currents - although atmospheric winds and the Earth's rotation are of course critical partners in the overall picture.

Clearly visible in the map at the top of this page are the Agulhas Current flowing down the African coast; the Gulf Stream running across the Atlantic; the Kuroshio Current that sweeps south of Japan and out into the North Pacific; as well as the Antarctic Circumpolar Current, and the system of currents that hug the Equator. In places, these great trains of water move in excess of 1m per second. 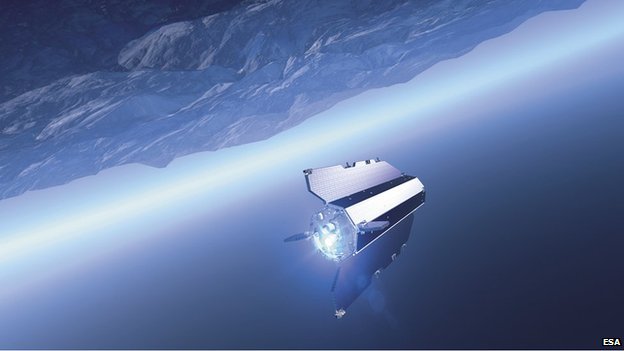 The new Goce model of ocean circulation has been checked and integrated with the point measurements from drifting buoys. This has helped capture some of the smaller-scale features in the currents that lie beyond the capabilities of satellites, even one making as highly resolved observations as the Esa mission.

"Goce has really made a breakthrough for the estimation of ocean currents," said Marie-Helene Rio from the Italian National Research Council's Institute of Atmospheric Sciences and Climate.

"The mission objective in terms of geoid [measurement] has been achieved at 1-2cm accuracy at 100km resolution, and in terms of ocean currents this translates into an error that is less than 4cm/s."

Scientists can now add in additional data collected about sea temperature to calculate the amount of energy the oceans move around the Earth.

Computer models that try to forecast future climate behaviour have to incorporate such details if they are to run more realistic simulations.

The 5th International Goce User Workshop this week will be looking at the many other applications that came out of the satellite's mission.

Mapping gravity variations can yield information about ice mass loss in the Antarctic, and the deep Earth movements that give rise to great quakes.

Goce was dubbed the "Ferrari of space" because of its sleek looks and the fact that it was assembled in Italy.

When operational, it was the lowest flying scientific satellite in the sky, making observations an altitude of just 224km during its late phases.

This allowed the spacecraft to better sense the tiny gravity variations, but meant it had to constantly thrust an electric engine to stay aloft.

When the xenon fuel for this engine was exhausted in November 2013, Goce succumbed to the force it had been sent up to study and fell back to Earth.

Eyewitnesses saw surviving debris fall into the South Atlantic, just off the tip of South America, south of the Falkland Islands. 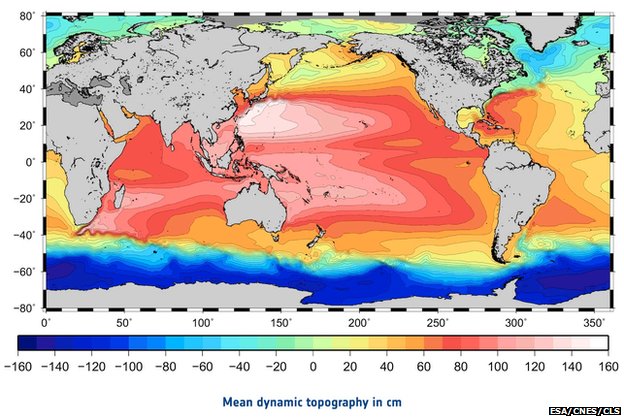